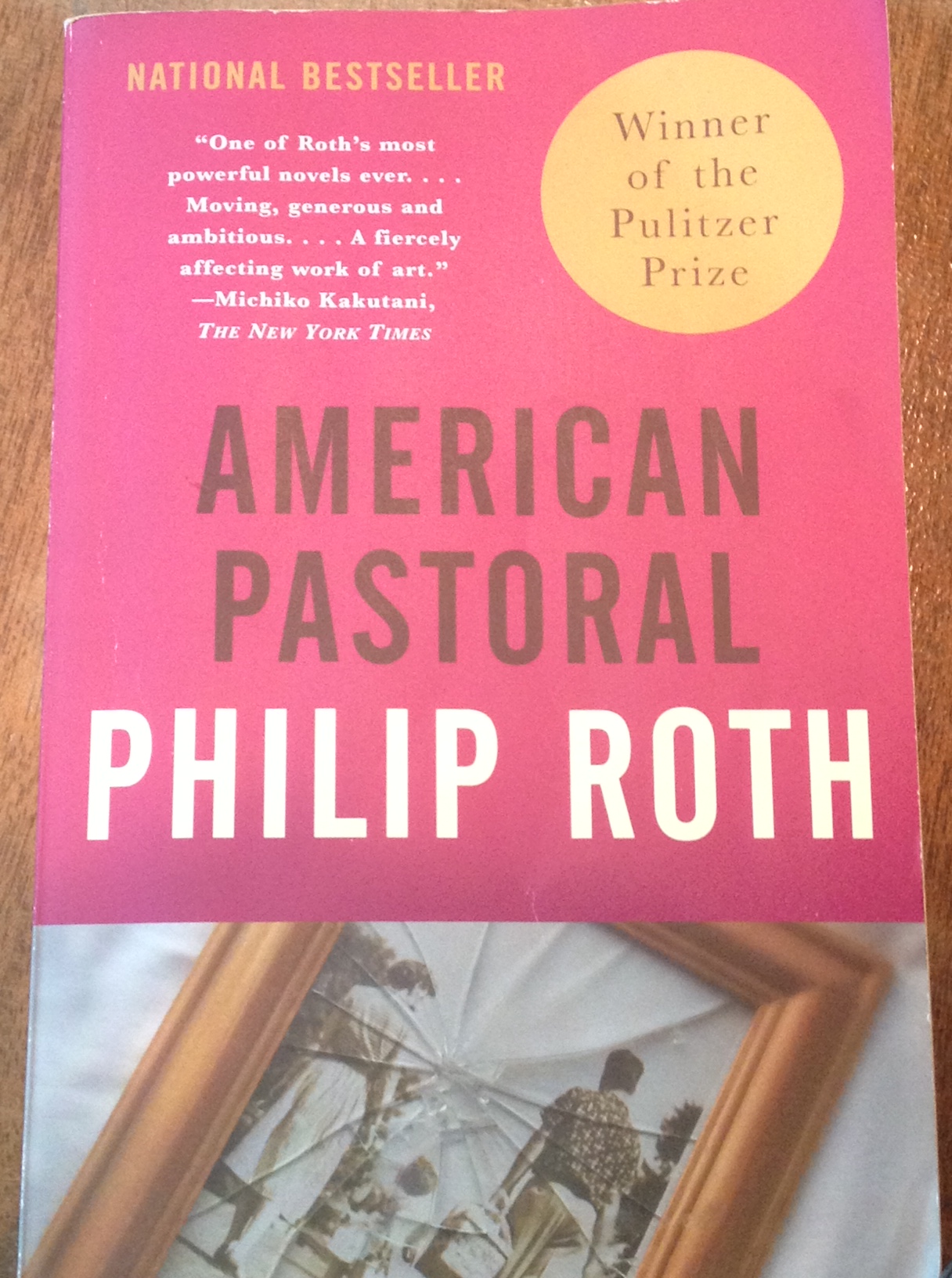 American Pastoral begins with a vignette from the narrator, Nathan “Skip” Zuckerman’s, youth.  It’s a story about another kid in their Jewish neighborhood in Newark, Seymour Levov, nicknamed “The Swede.”  The point is that Swede was no ordinary Jew,  he was blonde and blue-eyed, beautiful and athletic, the All-American Adonis who transcended the Jewish experience.  He was kind and unassuming, seemingly perfect and loved by everyone, adults and his peers alike.  Flash forward and the narrator is at his high school reunion, remembering the past through the filter of nostalgia.  The story jumps back and forth in time — from the reunion in the 1990’s, to the pre-World War II Newark — a center for manufacturing in the Northeast, filled with second generation Jewish immigrants working hard to succeed — to the period of post-war enthusiasm and prosperity, through the devastation of the Vietnam war.  The history is told through the lens of Skip Zuckerman, but it is the life of Swede Levov, the Golden Boy.  And what a life he’s had.  He enlists in the Marines but spends most of his military career as a recreational specialist in South Carolina since the bomb is dropped on Hiroshima just after he finished basic training.  He leaves the military, goes to college and takes a job in his father’s glove factory.  Later he marries “a shiksa,”  Miss New Jersey of 1949, no less.  From all outward appearances, The Swede continues to lead a charmed life.

Zuckerman runs into the Swede a couple of times over the years, but as an adult the Swede appears to have  “ended up bland .”   What could have happened to turn the Swede into “a human platitude?”  Of course, once he discovers the real story of the Swede’s life, Zuckerman says, it has been a little bit like Tolstoy’s Ivan Ilych, most simple and most ordinary and therefore most terrible.  The narrator is obsessed with the Swede’s life, wondering whether anything “had ever threatened to destabilize the Swede’s trajectory?  What brooding, grief, confusion and loss had come his way in life?”

This is the setup for the real story, the story of Swede Levov’s life, which the narrator has imagined — from golden boy to broken man.  The Swede’s daughter, Merry, it turns out,

was a Vietnam war activist who bombed the post office in their small New Jersey town, killing the local doctor and sending her into hiding.  With this act of violence, Merry destroys the Levov family’s unbearably idyllic life.  A major theme that interests Roth in this novel is parent-child relationships.  Parents must do everything they can to help their children succeed.  It is impossible for a parent to give up on a child, to believe the unthinkable about a child, to confront the evil which is “ineradicable from human dealings.”  Even though Swede Levov had a second chance, a second wife, three normal, healthy children, he had experienced “the worst lesson that life can teach — that it makes no sense.”  He can never really be happy again.  Merry’s violent act “transport[ed] him out of the longed-for American pastoral and into everything that is its antithesis and its enemy, into the fury, the violence and the desperation of the counter-pastoral — into the indigenous American berserk.”

American Pastoral is pretty grim, though there are bits of Roth’s sharp humor throughout.  And the setting of Newark is equally grim — a place changed from a manufacturing hub to “the worst city in the world,” abandoned now that everyone has moved to the suburbs. 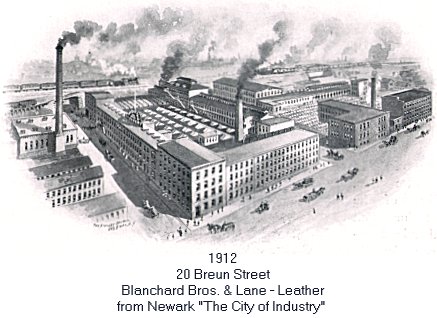 While Newark used to have “a factory where somebody was making something in every side street.  Now there’s a liquor store in every street — a liquor store, a pizza stand, and a seedy storefront church.  Everything else in ruins or boarded up. ”  Even Swede Levov had to move his glove factory to Puerto Rico, after holding out as long as possible through the riots of the sixties.  His loyalty alone — to his employees and to the neighborhood –cannot hold back the tide of urban decay.

I’d say I got a good sense of a narrow slice of the New Jersey Jewish experience from the 1940’s through the 1990’s by reading American Pastoral.  Through the story of Swede Levov, Roth handily demolishes the myth of the American dream.  The notion of creating 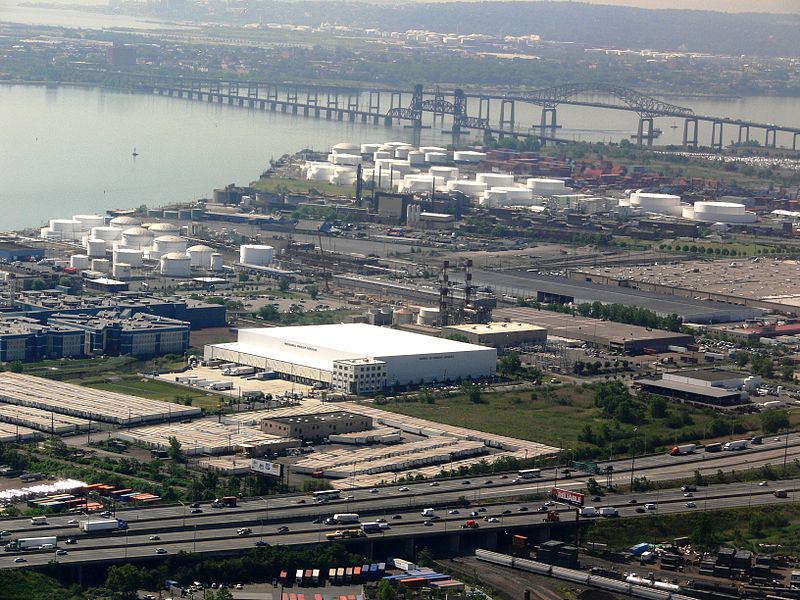 some kind of perfect life in the bucolic suburbs where one can hide from the reality of life and the desperation of poverty and war is absurd.  Especially for Jews.  It is Roth’s tour de force about “the ritual post-immigrant struggle for success turning pathological.”

Is American Pastoral the quintessential New Jersey novel?  It definitely has that element described by Rutgers Professor Michael Aaron Rockland — characters trying to find a center, looking for meaning in their lives while living in a “never never land” of rural New Jersey and pretending to be living on a farm.  Levov’s wife actually buys cows and runs a successful dairy farm for a time.  Yes, this book has given me a fairly Dickensian feel for Newark at the end of the twentieth century.  And I’m glad to be moving on to Jernigan, wondering about the kind of New Jersey David Gates has presented there.