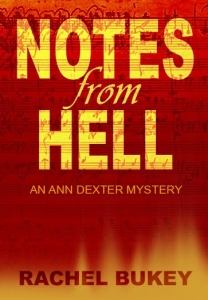 When Seattle Times reporter Ann Dexter scores an interview with Franco Albanese, rock star of the modern opera world, she is thrilled. Don Giovanni in art, Don Juan in life, this charismatic man easily charms all women he meets, including Ann. But when Franco is kidnapped and the kidnapper demands that Ann print the truth about the star, she is determined to uncover the facts and rescue Franco.

Ann interviews a cast of characters from Franco’s past including former lovers, a jealous husband and a young opera singer whose star is on the rise, ultimately revealing the secret behind the kidnapping. Armed with the truth, Ann confronts the kidnapper—a dangerously unstable adversary. Can Ann free Franco before it’s too late?