As Alice Hoffman’s novel, Skylight Confessions, opens, Seventeen-year-old Arlyn Singer has just lost her father to a long illness.  With no mother or siblings, Arlyn alone nursed him through his final days and listened to his stories about people he met during his career as a ferry boat captain.  Her favorite story is about a tribe in Connecticut who looked like normal people until the boat went down or when they needed to escape — then they sprouted wings, flew away and saved themselves.

After her father’s funeral, Arlyn stands on her front porch and looks out into the unknown distant future, promising herself that she will marry the next man she sees.  Three hours 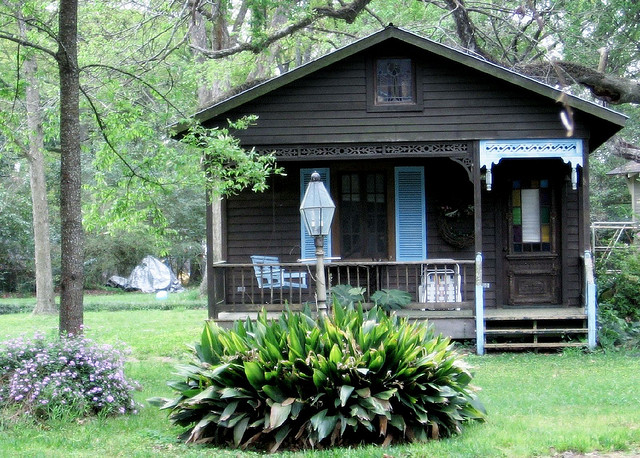 later a young man, John Moody, pulls up in his beat-up Saab and tells Arlyn — still standing on the porch — that he’s lost.  He’s a senior at Yale studying architecture on his way to a party.  Arlyn looks at the directions and agrees that he is very lost — the party is four towns over.  As in a fairy tale, the strange young man suddenly notices how tired he is and Arlyn invites him in to rest.  He stretches out on the sofa and falls into a deep sleep. Arlyn watches him for a while then goes into the kitchen and rustles up the first meal she has eaten in the three days since her father’s death.  Then she tidies up the dishes, takes off all her clothes and waits for John Moody to notice.  Now, although she’s never even been kissed before, she takes John Moody to bed and knows he is her destiny.  They stay in bed for three days.  Early on the fourth morning, John realizes what he’s done and slinks off in the dark to go back to Yale.

But Arlyn is not to be trifled with.  She’s a doer, driven to take control of her future.  So she sells her father’s house, packs up all her belongings and takes the ferry to Bridgeport and on to New Haven to track down her man.  Shocked at her arrival, John tells Arlyn to leave, but she is so certain, so “young and insistent” that he lets her stay, “just for one night.”  But while he studies, she waits for him in bed and the sex is even hotter than he remembers: “he was in a fever, he was acting like a man in love.”  But when he falls asleep, he has nightmares of  “houses falling down, broken windows, women who hold on and don’t let go.”  In a panic, he gets up early and leaves her a note:  “Have a good trip home.”  He takes his exam and then stops for a couple of beers before driving to his parent’s house near Madison, Connecticut.  But Arlyn gets a ride to John’s parents’ house and arrives half an hour before he does.  As John approaches the house, he sees Arlyn in the kitchen with his mother cutting up carrots for their dinner.  Third time’s the charm — John surrenders to his destiny.

Flash forward and the couple have a baby and live in graduate student housing at Columbia University.  Eventually they move to John’s parents’  house in Connecticut — the Glass Slipper.  It’s a famous house built by John Moody’s father, an acclaimed architect whose reputation John can never live up to.  But John and Arlyn’s marriage is lonely.  John is not interested in his son while, for Arlyn, it seems Sam is the only thing she is interested in.  Not a great combo.  The boy turns out to be a strange solitary child with no friends besides his mother and a baby squirrel he finds and carries home in his pocket.  Soon Arlyn falls into an affair with the window washer (this glass house needs window washing every week!) and John with the next door neighbor.  Arlyn conceives a child with her lover, quickly develops breast cancer, and dies within months.

Flash forward again and John Moody is visiting a psychic medium in New York because he’s being haunted by Arlyn.  Enter a young woman, Meredith, who can see the ghost of Arlyn following behind John Moody.  She’s intrigued enough and lost enough herself to want to know more about this man and his ghost so she shows up unannounced at the Glass Slipper.  When Meredith arrives, Sam is standing on the flat part of the roof, as if he will jump or thinks he can fly.  (Remember that strange flying Connecticut tribe?) And now, in another of the more and more difficult points in the novel when the reader is asked to suspend disbelief, this twenty-eight-year-old, Brown University educated young woman decides to stay with the Moody family and become the live-in nanny for Sam and his half sister Blanca.  Sam Moody is now sixteen — a difficult, messed up teenager who has a problem with drugs and with life.  The story moves forward, Meredith develops a deep relationship with the Moody children, John marries the next door neighbor.  But no one can save Sam from himself and his eventual addiction.  And Sam, apparently not being from that tribe that can fly away, cannot save himself either.  But Meredith does meet a young physicist with whom she can discuss her experiences with Arlyn Moody’s ghost.

By now, I’ve lost interest in this story and I’m not sure why.  Maybe because of all that not-so-willing suspension of disbelief I’ve engaged in throughout; maybe because none of these characters is likeable or believable enough for me; or, maybe because I keep waiting for Sam Moody to fly away and save himself or for Arlyn’s ghost to stop haunting the man she didn’t love in life and to intercede with the son she loved so desperately.  But, apparently, ghosts haunt the person who can’t let them go and for some inexplicable reason, John Moody can’t let the dead Arlyn go when it seemed he couldn’t wait to get rid of her in life.

Turns out Sam does believe that he belongs to the Connecticut  race who can fly, but for him flight means escaping through drugs.  His end is tragic, as it was predestined to be. Blanca escapes from Connecticut to run a bookshop in London that sells only fairy tales.  Of course.  The themes of fairy tales and ghosts, especially confronting one’s ghosts, is a theme that Hoffman plays with throughout this novel.  For me, though, the story covers so much ground in so few pages that I don’t feel connected enough with any of the characters and it ends up feeling more Grimm than hopeful.

Sadly, too, I do not get any real sense of Connecticut through Skylight Confessions.  I  that many of the characters in this story can’t wait to leave — that it’s a place in which it’s easy to get stuck, just as Arlyn’s ghost has been stuck.  I know that “The lanes here in Connecticut  were winding, green, shadowy. There were fields with stone walls . . . built a century earlier when cows roamed the pasture.”  Sam Moody sums it up for Meredith as “green and boring” but she stays on in Connecticut for exactly that reason, she says, “Connecticut felt safe, a bubble floating above the real world.”  She wants “The bubble. The green lawn. The blackbirds.  The quiet.”  One can stay in the bubble for a while but ultimately, like Meredith, we must all confront our own ghosts.