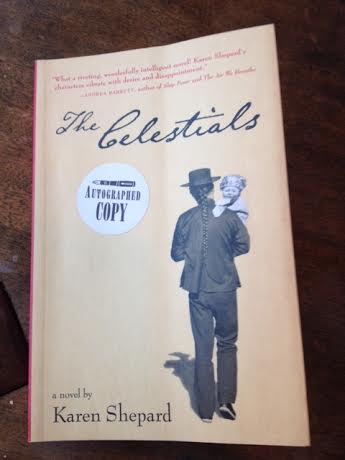 The Celestials by Karen Shepard takes place in the town of North Adams, Massachusetts, in 1870.  It’s the story of Julia and Calvin Sampson —she, a childless woman in her early forties grieving the recent loss of her thirteenth pregnancy, he the wealthy owner of the town’s shoe factory responsible for bringing seventy-five Chinese young men “the Celestials” to town to work in his factory.  The Celestials are strikebreakers but don’t understand that until after they arrive. Three hundred members of the largest labor union in the country, The Order of the Knights of St. Crispin “a force to be reckoned with” await the Chinese workers on the train platform as the book opens.  Surprisingly, an altercation is avoided between the two groups. Sampson has paid a large contingent of constables to keep the peace and the Chinese foreman, Charlie Sing, has proven quite capable of protecting his charges during the train ride east.

At the end of the nineteenth century, North Adams was “the largest manufacturing 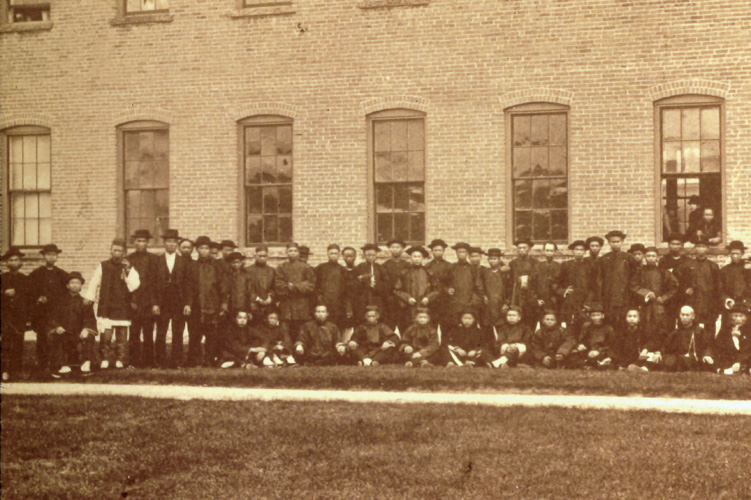 center in the Berkshires, boasting thirty-eight factories and two hundred cotton mills.”  According to a local historian of the time, it was “the smartest village in the smartest nation in all creation: The concentrated essential oil of Yankeedom.” But, of course, one third of the town’s citizens were foreign workers:  Irish, French Canadian and Welsh. The Chinese though, proved to be the most “foreign” of all. Shepard’s novel portrays the difficulties inherent in cultural assimilation, but especially for the Chinese.  She reminds us that the Chinese Exclusion Act effectively stopped Chinese Immigration into the United States after 1882.

Immediately I am drawn into the world of the novel. Shepard paints a clear and nuanced picture of this place in this time.  And, too, I am drawn into the unlikely love triangle which develops between Julia Sampson, Calvin Sampson and the Chinese factory foreman, Charlie Sing. Charlie is caught between two cultures from the outset.  He wears the traditional Chinese braid and embroidered silk shoes at home, but Western clothes in public and has converted to Methodism.  And, although Charlie claims to be descended from a European Duke and taken in by missionaries in California, he was more likely a son of poor peasants who made their way to California seeking a better life. And while Calvin

and Julia Sampson have never been able to have children of their own, these Chinese workers seem to bring out the paternal instincts in Sampson. He asks his wife to help organize a school for them — Sunday school to teach English, but also the teachings of the Methodist bible. Ironic, of course, that Calvin has to coax Julia into a relationship with the man who becomes her lover and sad that she will abandon her Celestial once she has the one thing she has been longing for all of her married life – a child.

The baby is born with clearly Asian features and Julia returns to North Adams (from an extended trip to visit relatives in Michigan during her pregnancy) with her new baby in her arms and proudly refuses to hear any gossip about the child’s paternity.  In fact, Julia manages to silence the gossips and convinces her husband to accept the child as his own – no small feat at any time, but astonishing in a small town in nineteenth century New England. Charlie Sing, of course, is confused and bereft but powerless to claim his paternity under the circumstances.  There is a scene late in the book where the girl goes into her father’s shop and they spend time together.  The moment is lovely, but it is brief.

Along side of the story of Julia, Calvin and Charlie is the parallel narrative of Alfred Robinson, his sister Lucy and her friend Ida – their stories of love and loss. They come to 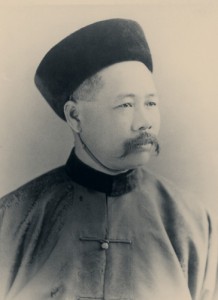 North Adams from Virginia looking for work and a better life where their lives become intertwined with the Sampsons’ in an Upstairs, Downstairs kind of way.  Alfred is a former employee of Sampson’s factory, a union man; Lucy eventually goes to work in the Sampson’s home as a servant and Ida ends up with Charlie Sing. For me, their stories are not always as compelling as the Sampsons’.  Maybe that’s just my nature –more fascinated by the lives of the rich than the lives of the poor. I found the stories of Alfred, Lucy and Ida sometimes confusing – possibly because it is the framework on which Shepard hangs much of the history embedded in the narrative.

The Celestials is a novel of a cultural prejudice and assimilation. It is also a love story and a convincing tale of life in a factory town in New England in the late nineteenth century.